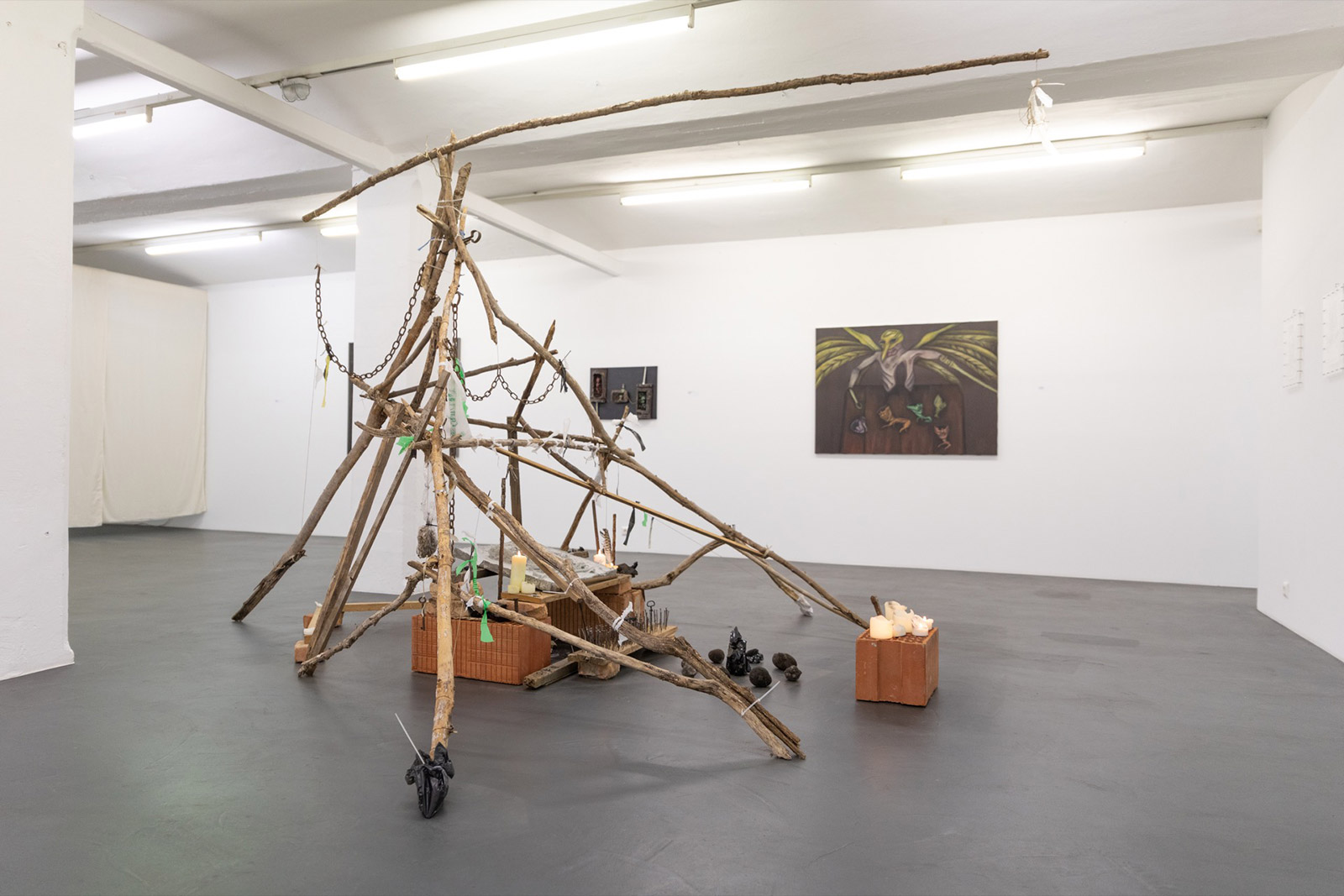 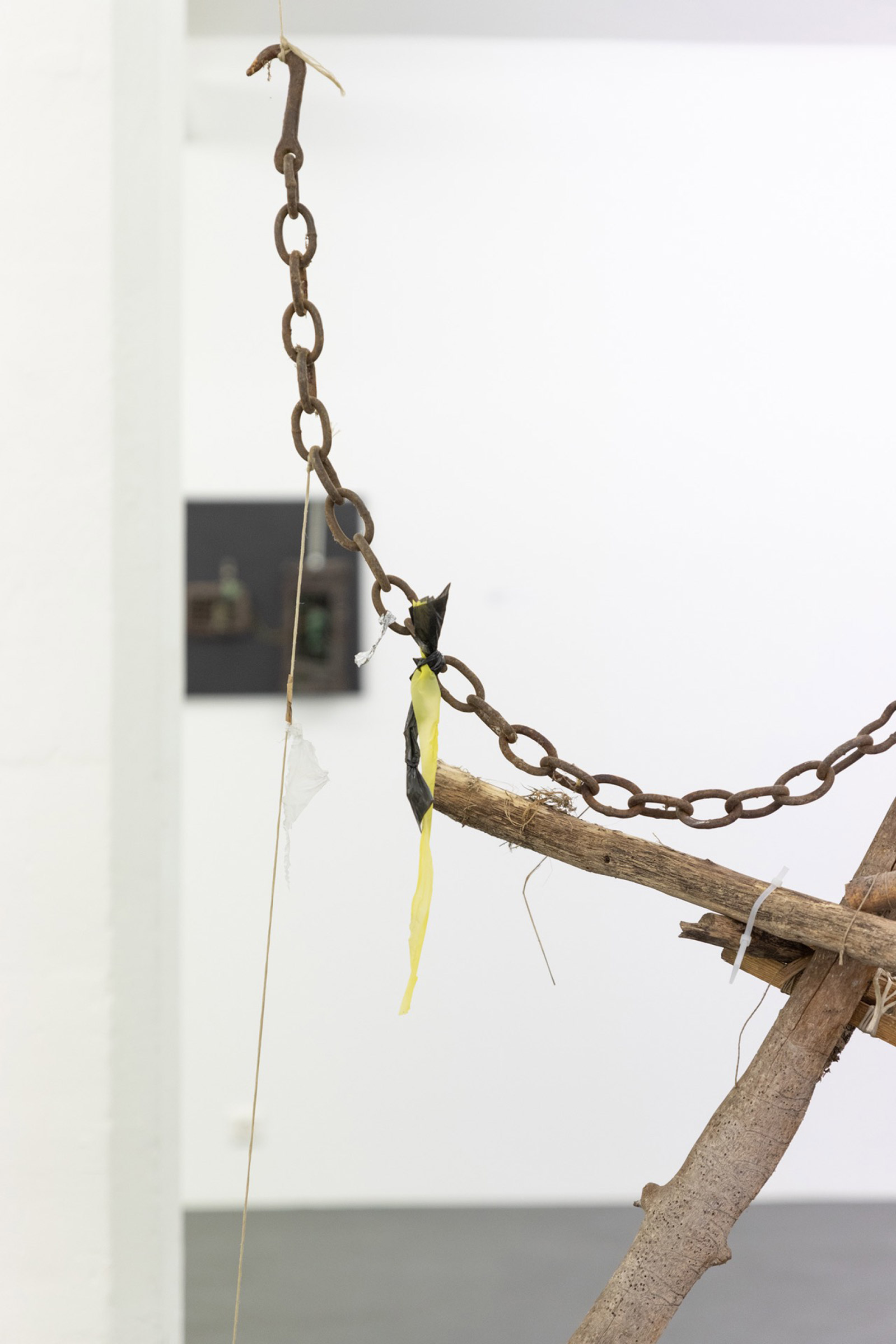 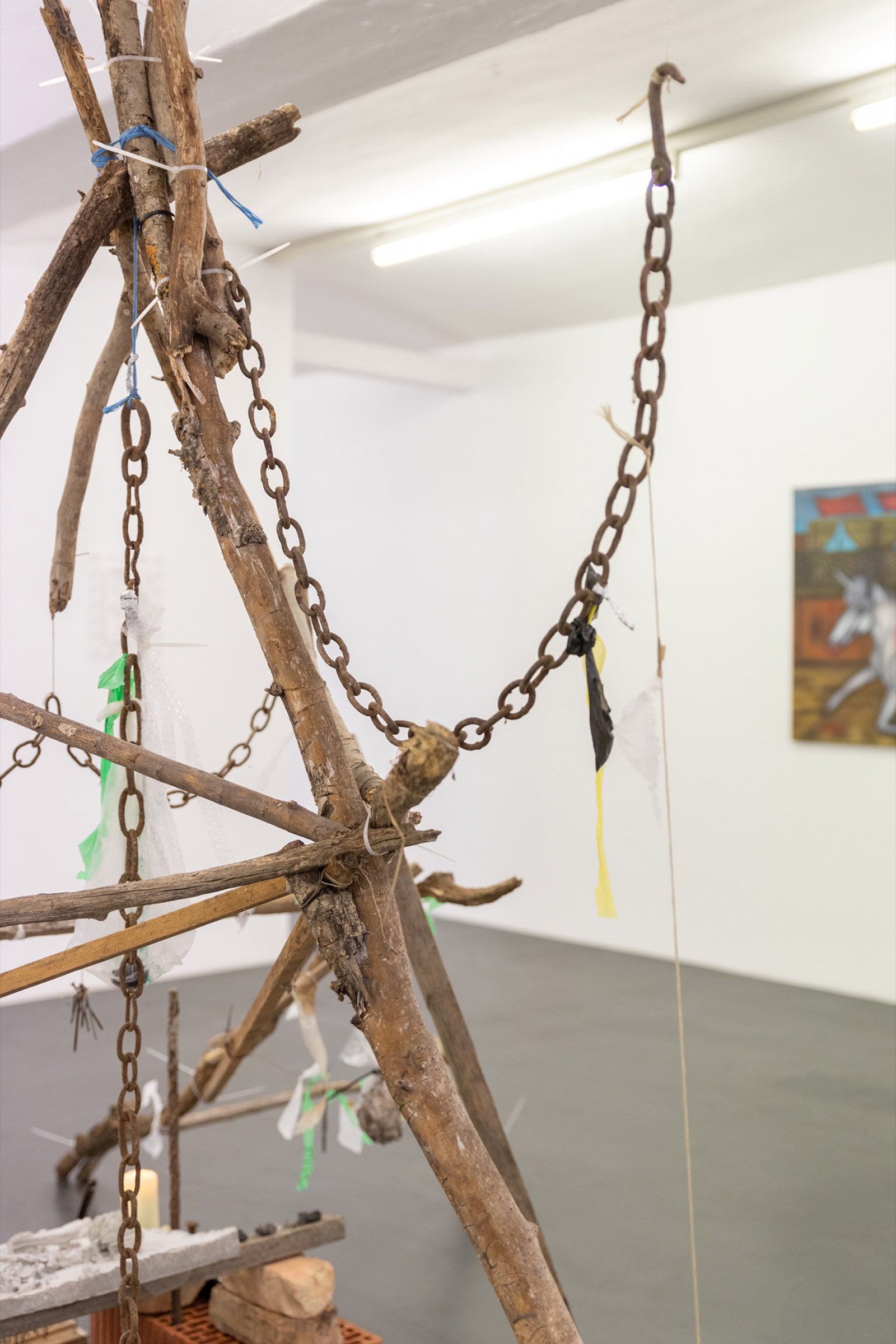 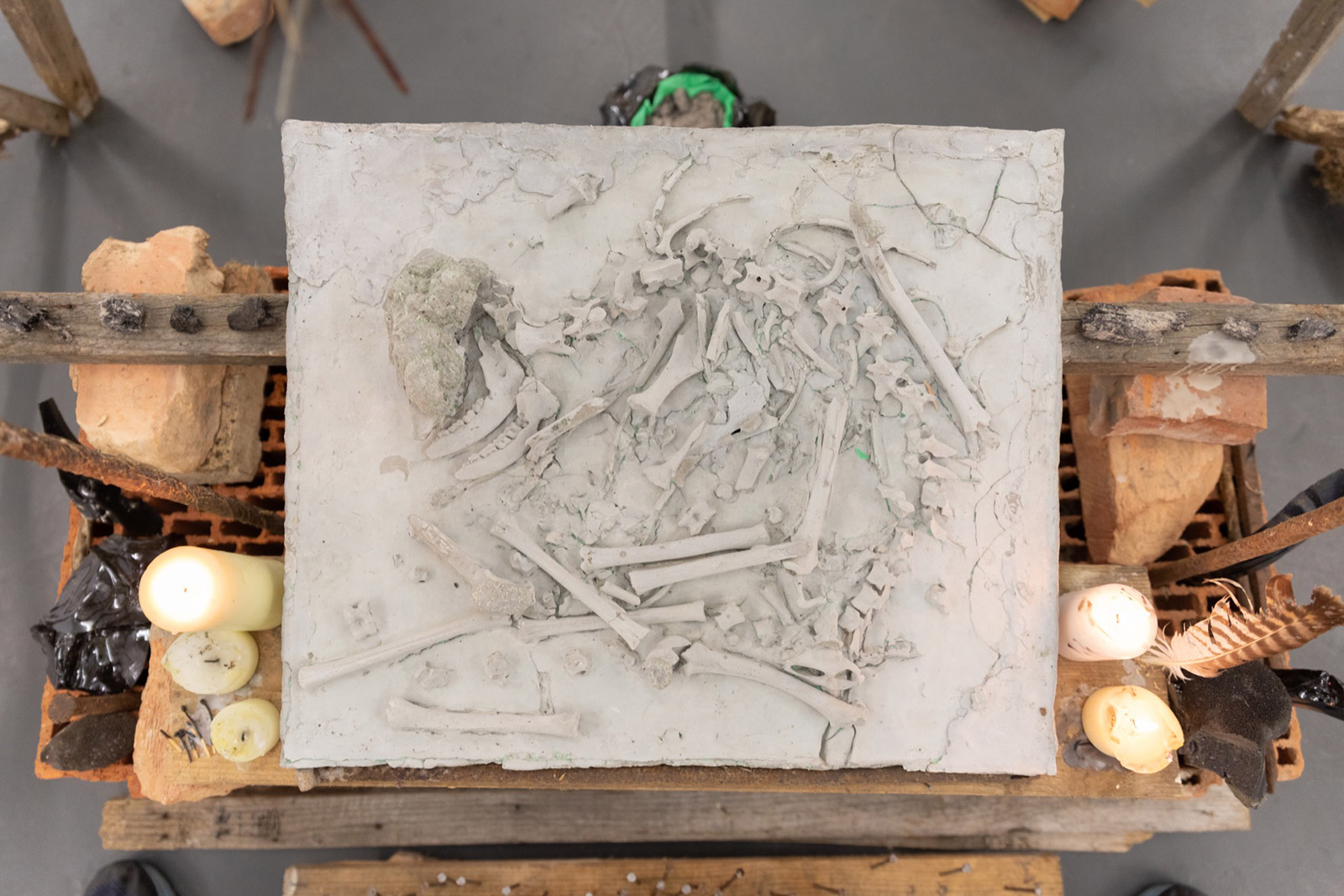 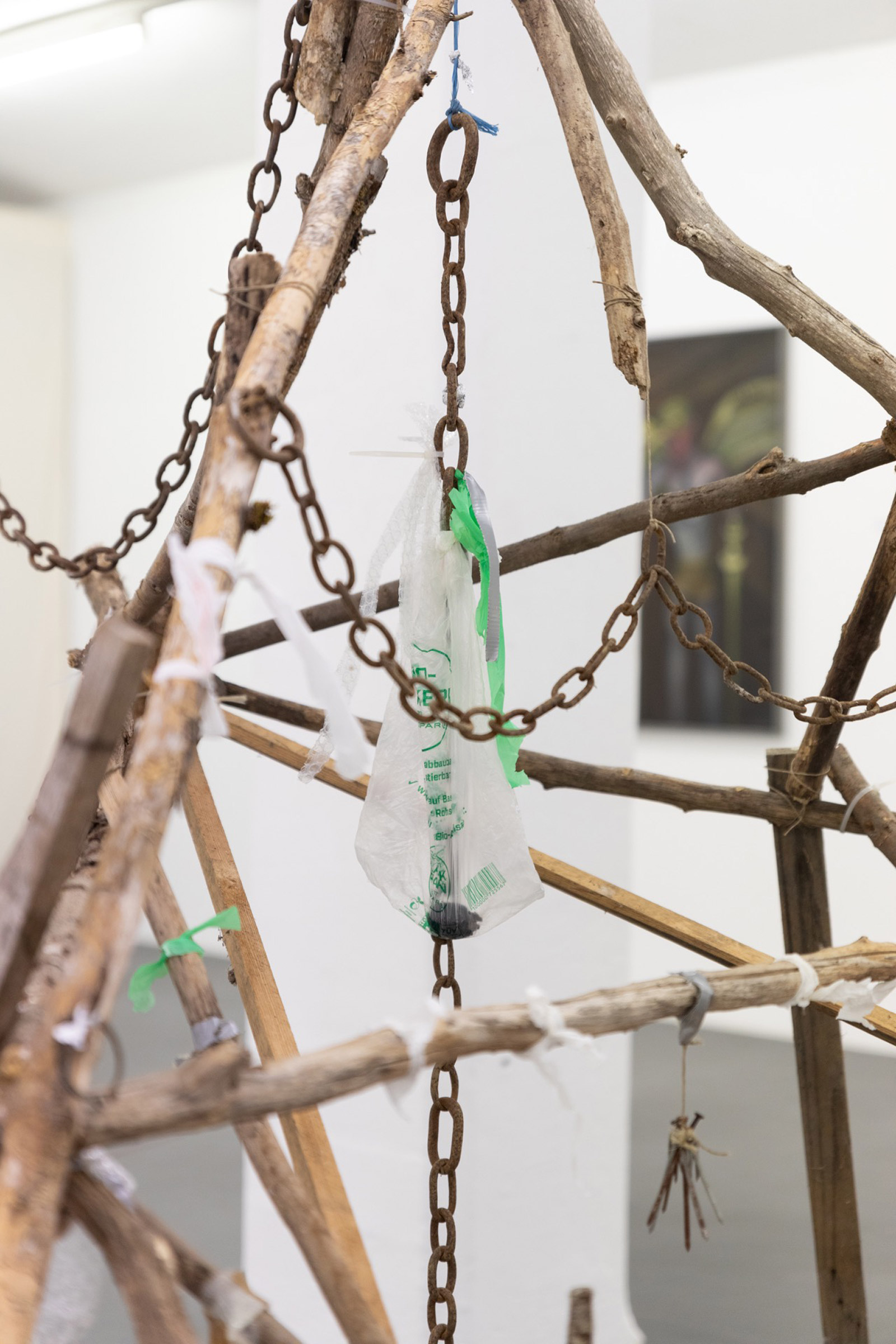 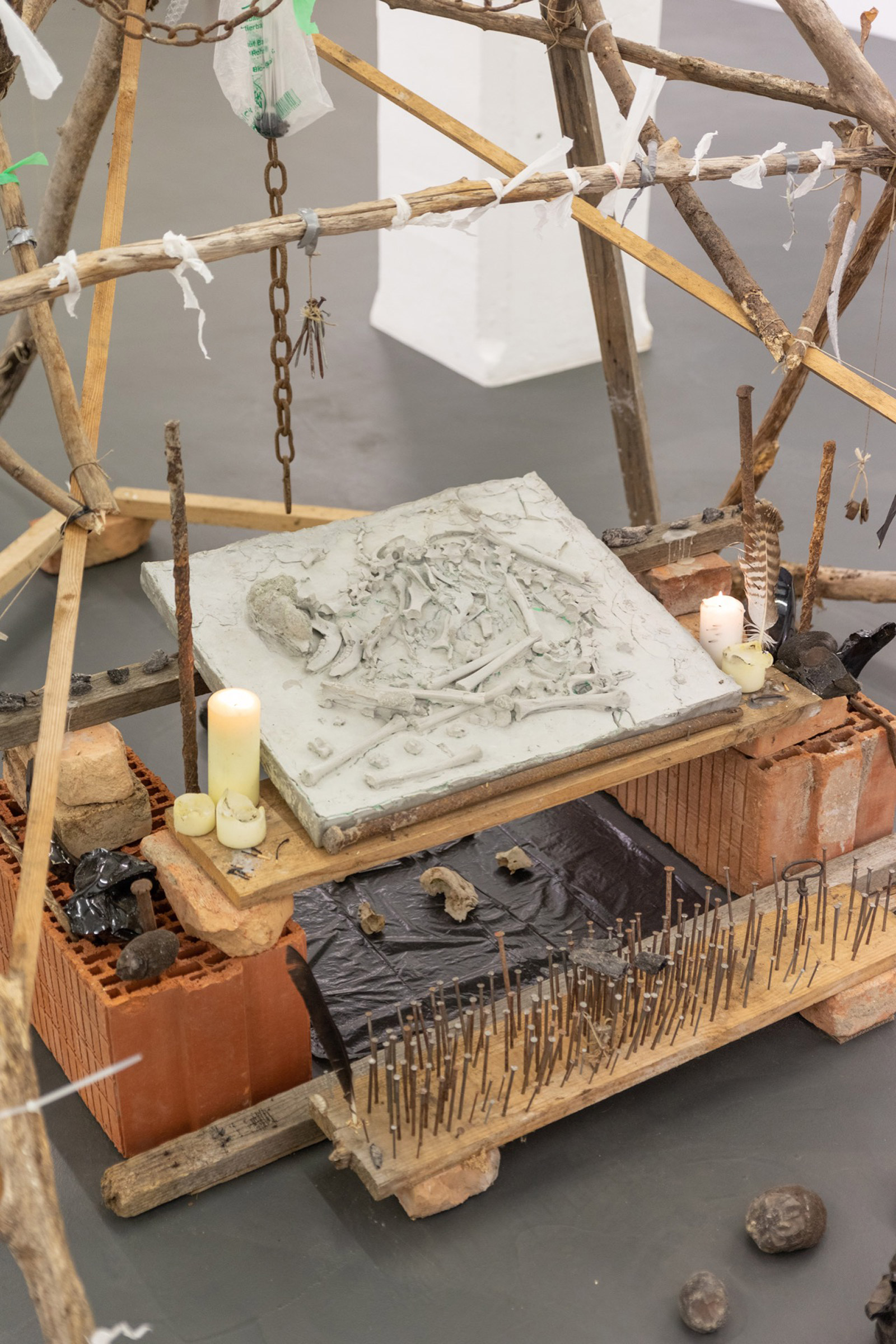 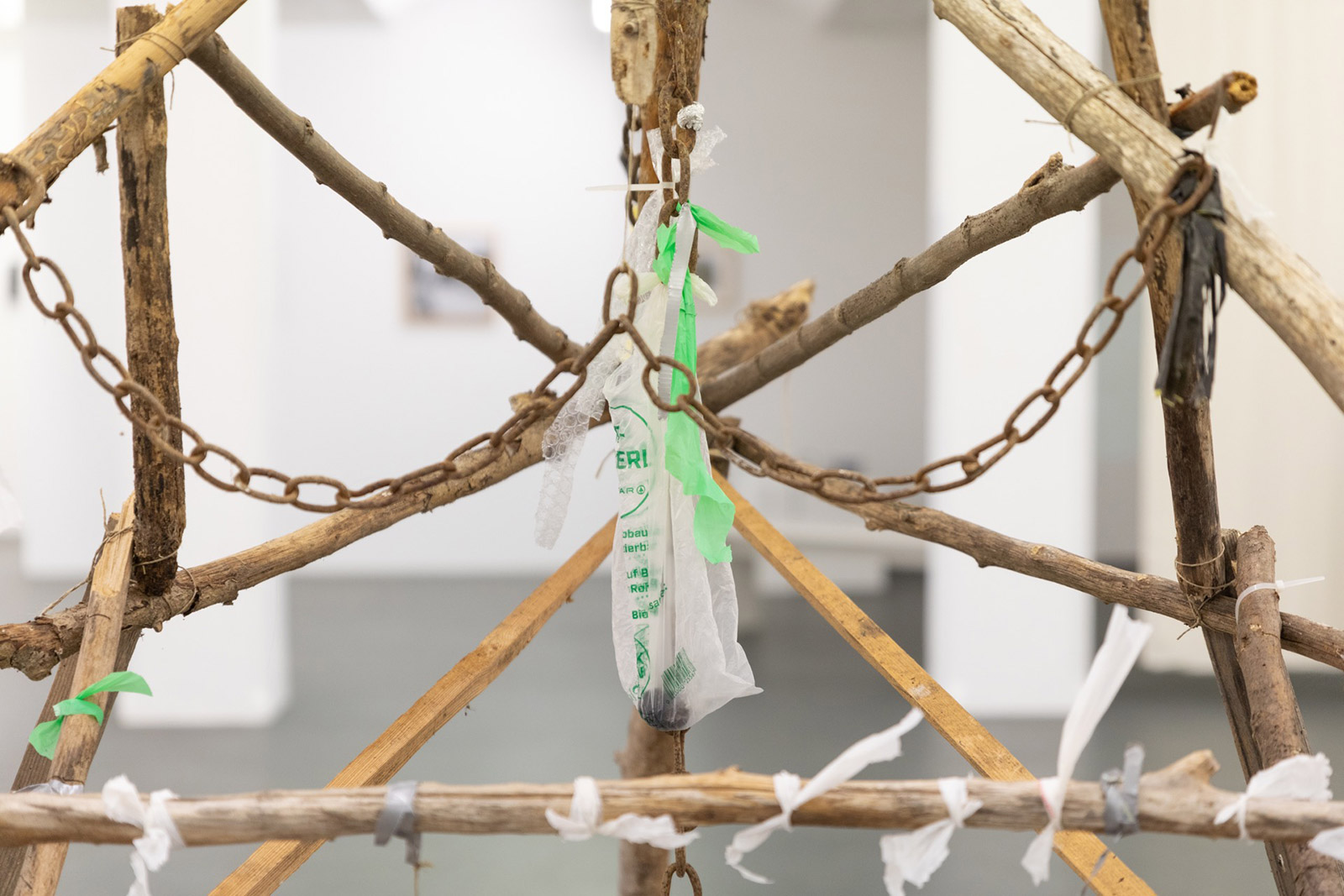 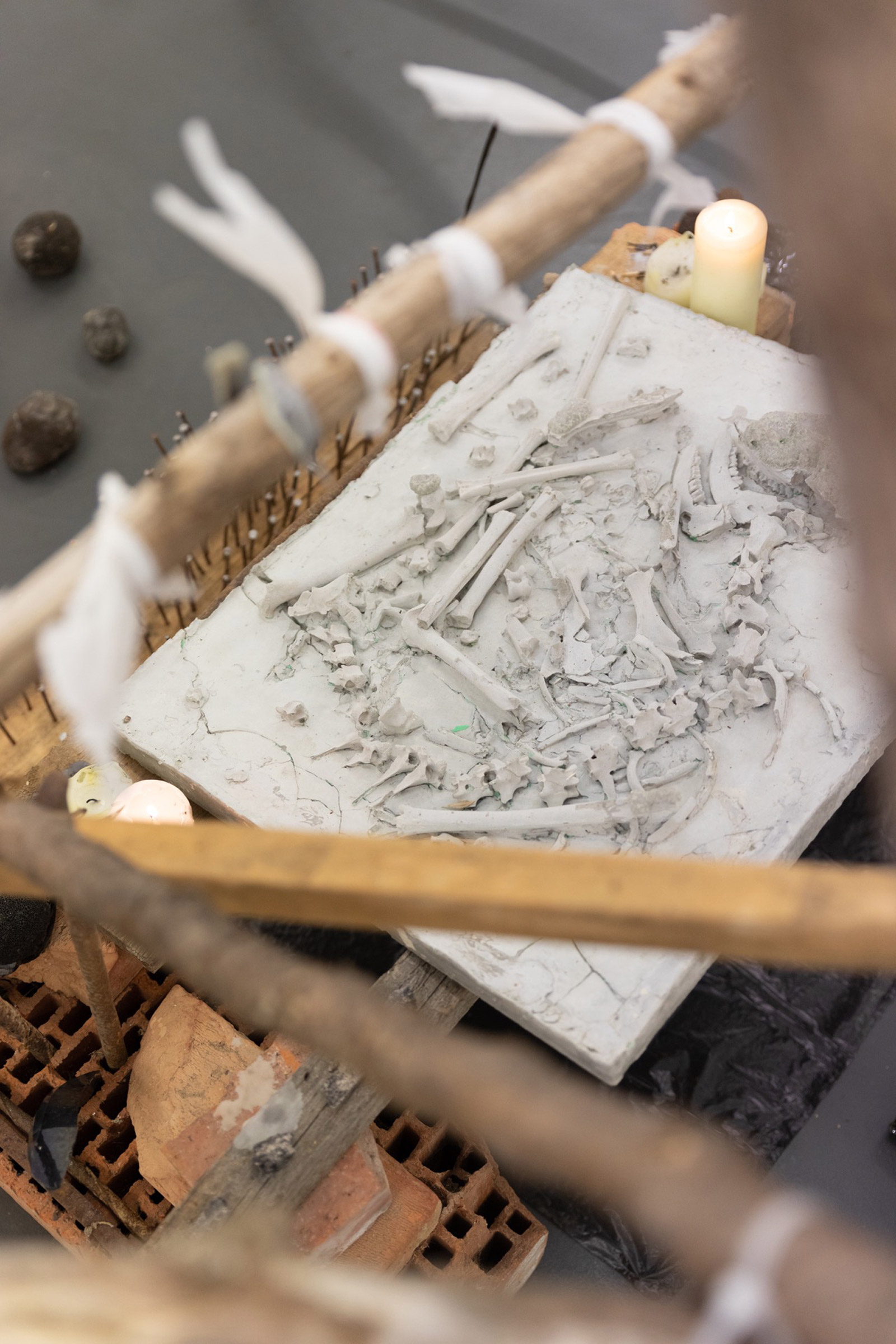 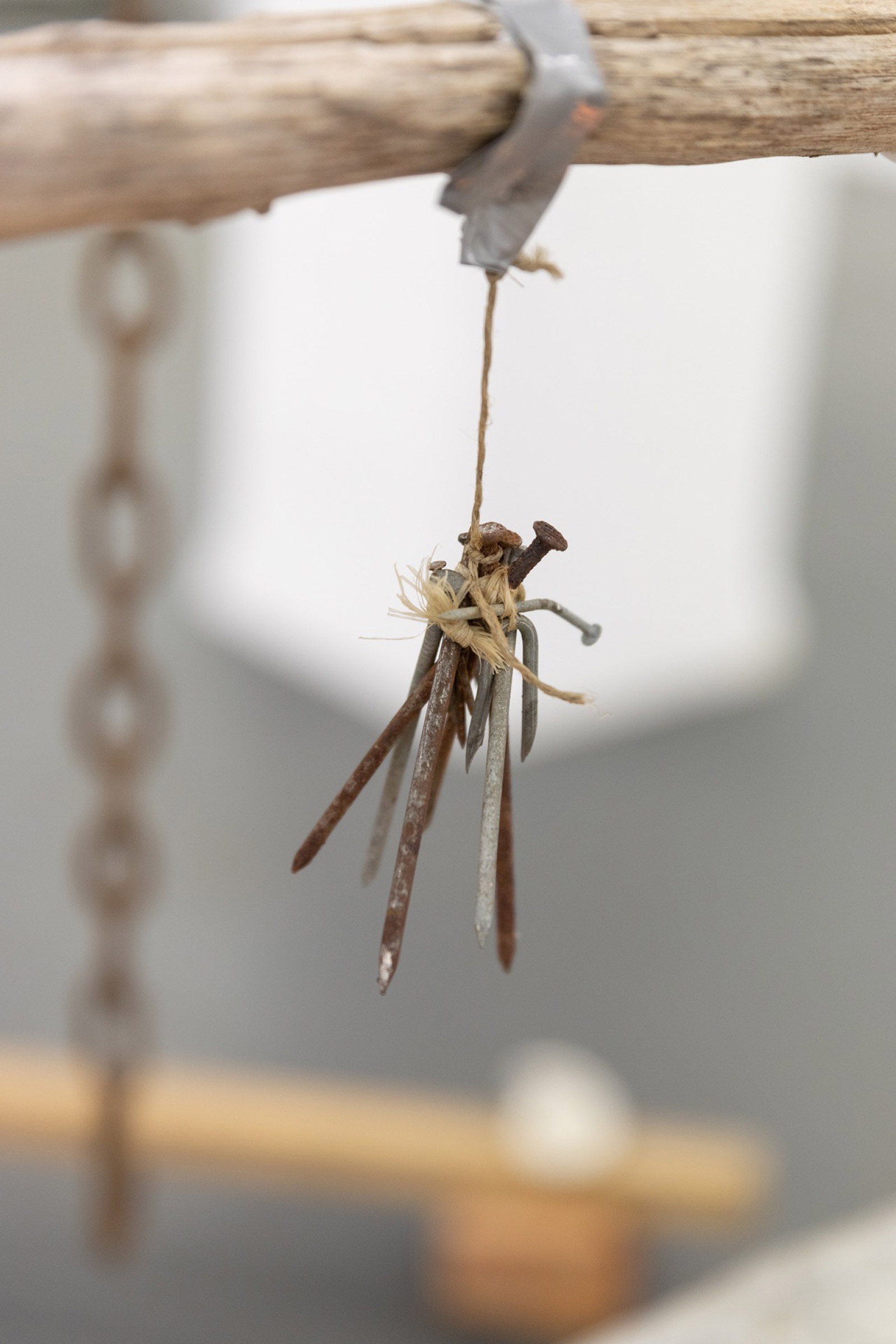 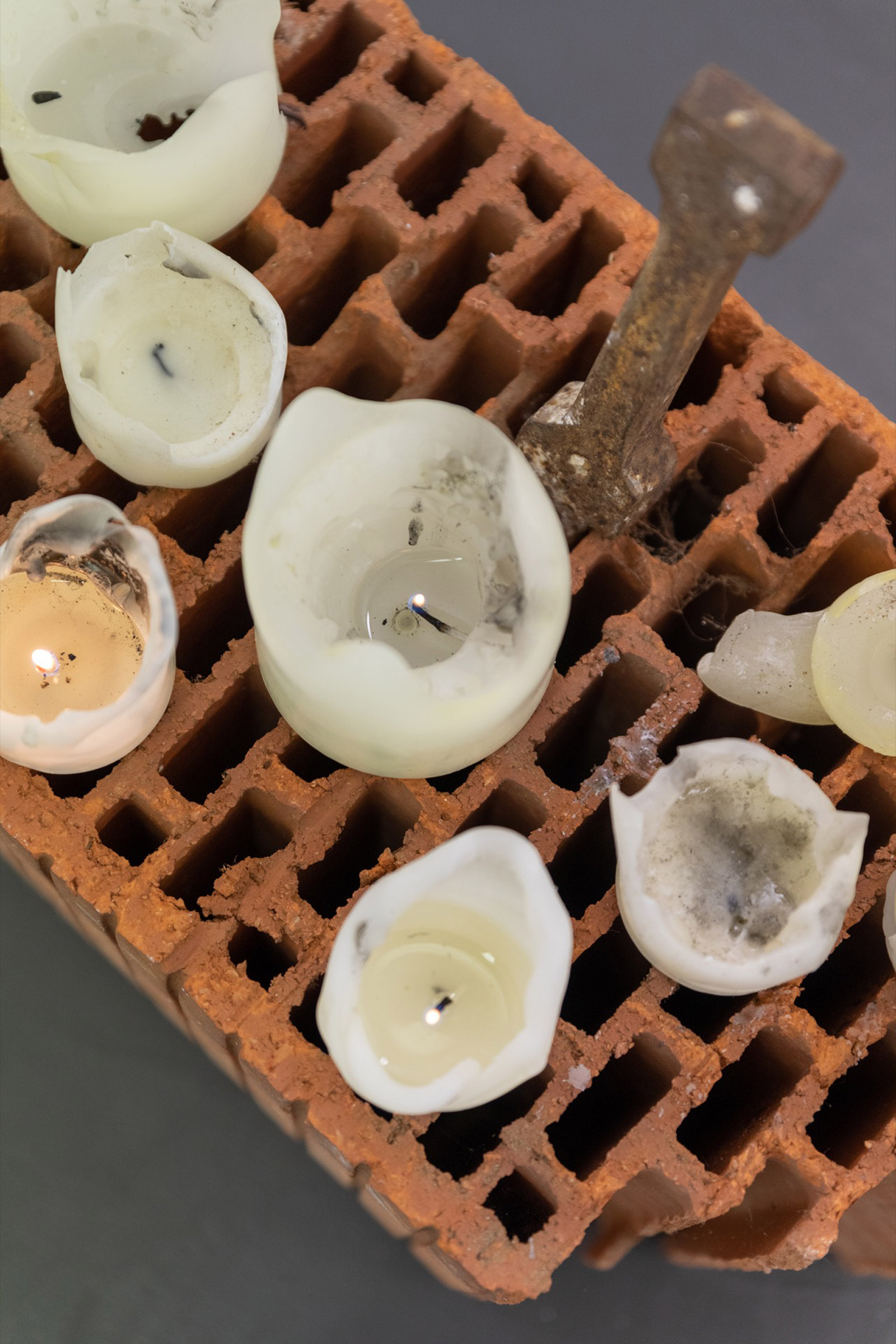 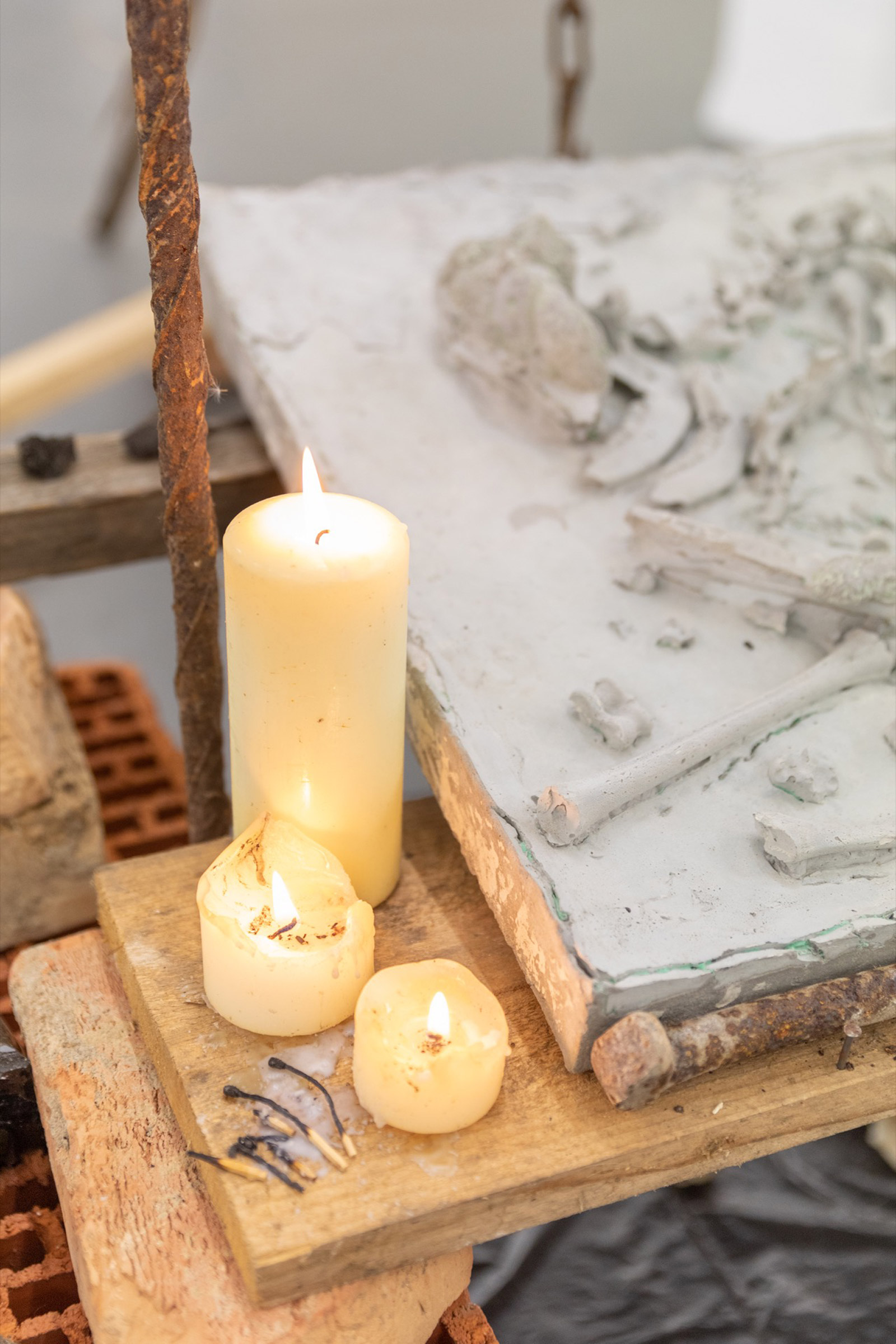 In my installation “Shrine for Extinct Animal Species 2022-2222” I want explore how spiritual practice and perception towards nature might shift due to the climate crisis.

By adding 200 years to the artwork’s production date, I want to include information, that speaks about the past and the present. The idea is to build a fictional shrine to honour nature from the perspective of humans in the year 2222.

The starting point for my artwork is a thought experiment that formulates a daring and at the same time provocative (fictional) thesis:

In the year 2222, animal species and plants but maybe also humans could be already extinct. Mammals could be displaced from their usual habitat and would no longer be able to maintain their population due to environmental catastrophes and their marginal effects. Species that are currently still native would achieve a special status in this way and be revered as almost unique phenomena.

“Shrine for Extinct Animal Species” narrates a post-apocalyptic end-time narrative through a sculpture and thus functions as an anticipation of a dystopia. Through the playful construction of a cult site, this experiment fits seamlessly into my interest in society in the pre- or post-anthropocene and attempts here to create an arc between anthropological interest, social critique and cultural practice. This includes questions about the connection between nature and society or how spirituality manifests itself through collective social phenomena (e.g. wishing wells, incense sticks, locks on bridge railings, nails or carvings in the bark of trees, candles, etc…).

By the exaggerated representation of a post-apocalyptic cult place I try to anticipate in a cynical way the developments of the future as a fictitious scenario. This results first and foremost in the desire to provide food for thought through provocation and at the same time, to point out the importance of appreciation towards nature and its biodiversity.

Funded by the state of Carinthia.